BLAGOJEVICH “Now Patti works. She’s very good at what she does. She’s as qualified as Michelle Obama, if not more qualified. Michelle Obama is getting sixty five grand a year for you know, what was it, Tree House Foods, Patti?”


QUINLAN “Tree House Foods is what she was on.”

BLAGOJEVICH “Yeah and she’s making 0 grand over at the University of Chicago.”


BLAGOJEVICH “…where her fath-, her husband’s federal months, federal funds are going there? What?”

P. BLAGOJEVICH “Yeah, which of course went up as soon as he got elected to Senate and he was able to get federal funding to University of Chicago. Get this, I think the most…”

2010 elections, Congress, Action plan, October 17, 2009, Citizen Wells bloggers, Congressmen accountable, US House, US Senate, Statesmen not politicians, We must all hang together

“We must all hang together, or assuredly we shall all hang separately.”…Benjamin Franklin

“This is the Citizen Wells open thread for Thursday, October 15, 2009. However, I have a request. Before the general election in 2008, we created the US Constitution Hall of shame. We contacted state election officials and congressmen regarding Obama’s lack of eligibility to be president and asked these public officials to honor and follow the dictates of the US Constitution.

As I have stated repeatedly, the biggest single problem in this country is Congress. They allowed Obama to be elected.

They contributed to the mortgage and financial meltdowns and subsequently, in tandem with the illegal, corrupt and socialist Obama administration, exacerbated our financial problems with rampant government spending. Now they are trying to ram down our throats a unpopular health care plan that will greatly worsen our health care and financial situation.

Now, with the upcoming 2010 elections approaching,  is the time for united, single minded efforts, as Americans first, to change this un American, non constitutional, out of control Congress. We must put aside our differences of politics, religion and most certainly our egos.

Our efforts as well as other concerned Americans to contact congressmen and record their lack of respect for the US Constitution will be used as a springboard to move forward into and beyond the 2010 elections. We will use voting records on ACORN funding and the health care bill as score cards. Let them pass a health care bill.

Congress has acted in utter defiance of the US Constitution and the will of the American public. Their day of reckoning is near. Let them ramrod a health care bill down our throats. We will replace these politicians with statesmen who will do the job they are elected to do.

What I am asking you to do is this. Let’s begin the process of coming together to organize. This will not be easy and we will be fought to the end, tooth and nail.

First of all, provide your thoughts in comments here today. Begin compiling a list of trusted individuals, bloggers, talk show hosts, attorneys, etc. I plan to be part of this, however, we must combine our resources and efforts. When we choose who to align with we must be careful to pick only those who put God and America first, those with respect for the US Constitution and those who are not motivated by money.

Also, there are websites out there now that do a good job of covering certain aspects, perhaps they can be a central repository for that information.

SC Representative Joe Wilson, a patriot and statesman, will be our poster congressman.

One of the reasons for this post was to get feedback from you. Thank you for your comments.
If you want political correctness, you are in the wrong place. 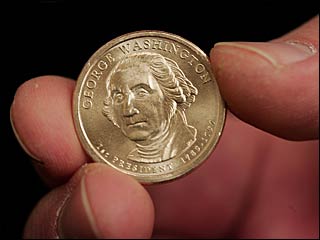 Next I need to clarify what I mean by God.

God is a word we humans use, inadequately to refer to the creator of the universe. We all have a different perception of this entity. Part of this comprehension of our place in the universe is understanding that we are not God and consequently we need a moral compass to guide our actions and interactions with other humans, life forms and the universe itself. So I am referring to a moral compass that is larger than our egos and personal desires. Without it we are savages.

I by no means am trying to impose my beliefs on anyone. In fact, as I stated in the post of Oct 15, we must put aside our minute  differences to save this country. However, all one has to do is examine the lack of moral compass of this administration
and some members of Congress to realize that we must be guided by principals that override our own personal desires and agendas.

Whether or not you believe as I do, you are welcome on this blog.

The Obama administration, Obama thugs and far left mainstream media have characterized opposition to the socialist policies of Obama and Congress as right winger, Republican attacks. Nothing could be further from the truth. Most of this groundswell of concern and patriotism has come from everyday working people of all political parties who are fed up with having legislation rammed down their throats. Fed up with socialist, criminal groups like ACORN receiving hard earned tax payer dollars. Fed up with political games that endanger existing health care coverage and threaten to further destroy  this nation’s economy. Fed up with Obama lies.

We have witnessed historic gatherings of American patriots in Tea Parties and Town Halls across the nation. This has clearly been a grass roots effort of people who care about this country and the nation they will leave to their children and grandchildren. We have witnessed good people that comment on this blog attending Town Halls and Tea Parties across the country. Some of these people not only took the time and expense to attend but some took photos and reported the stories. The beginning of citizen journalism to report the truth despite the best efforts of the MSM to cover it up.

I have stated repeatedly for many months, and I am 100% certain of this, that Congress is at the core of most of our collective government problems. We have an opportunity in the 2010 elections to change Congress. This is a turning point in US History and we must not fail.

I have also stated repeatedly that I do not care for any of the political parties, To state the obvious, they are extremely self serving. I do not see how anyone who cares about this country, who is intelligent and well informed, can support the modern day Democrat party. The Democrat party has been hijacked by far left, socialist and even communist extremists. This does not mean that I totally support a Republican, Independent or other party agenda. Many choices in life are between the lesser of evils. We may have to kick all the Democrats out of Congress just to get rid of Obama. And believe me, the Obama thugs will fight this like a cornered wild animal.

One of the most important things we must do is to get lazy, apathetic Americans off of their behinds to get more involved and most certainly more informed. Who is going to inform them? You and I.

The other important thing we must do, with the help of our newly motivated friends, family and neighbors is to send a clear signal to congressmen that we are watching henceforth to the end of time. We expect them to listen, to act more like statesmen and less like career politicians and do the job of representing our best interests and protecting this nation. This can be done without organizing, without committee meetings without raising funds. I have been doing this with my local sphere of influence. One of the comments from the October 15 post impressed me:

“Locally, I am getting a neighborhood watch program started.

For us to be more organized online, step it up on targeted actions. We have to focus our efforts simultaneously. Identify an elected official or issue that needs leaning on and act. Bloggers can help strategize how best to attack an issue.

More cohesiveness with other blogs so we can spread info even faster. Find other blogs to bring in.”
One person can make a difference. The multiplier effect of each person that gets involved and in turn involves others, is enormous. One of my favorite examples of how each person affects the lives of those around them is Jimmy Stewart in “It’s a Wonderful Life.” Clearly our actions, inactions and impact on our world does indeed matter.

Here a some more comments from October 15 post on this blog:

twe // October 14, 2009 at 8:41 pm
“CW–Great idea…and something that someone should have done long time ago re trusted sites, etc. Perhaps you should list the obvious ones so the thread doesn’t get bombarded with those. I nominate CW site first!!
Then, we can work on the not so well-known or obvious. Also recommend listing by types of sites such as blog sites, radio shows, TV shows, etc, so we can be organized about this. Show identifying data such as phone numbers, email addys, etc.

Perhaps, you don’t want to publish something that might not be so public. We could notify you first via this method, then you can contact us in return so we could provide privately.”

I have been in touch with several or Orly’s plaintiffs in her Barnett case, one state Rep. is very local to me.

Also, I was asked to connect a popular conservative talk show host in the area to the tea parties-he ended up hosting one. I’m sure he’d come on board, if asked.

It’d be no problem to reconnect with them.

I think that at this point, we’ll need to list some common talking points so that our trusted colleagues could ’speak with one voice.’

“Here’s my suggestion….holding them accountable……..
As you had a Hall Of Shame, create something to that effect to allow posters to share comments, articles, voting records, and stories about each state’s congresscritters to access their stands on all issues(with links provided and resources)

………categorize it by state/party/topic and interested parties can come here to learn about their officials.

Just as I reported what McConnell stated in my letter.”

“CW….
To me this is one of the best commentary requests you’ve put out. Were on the same page for this one. Yes, we need to get started and organized. It can be done, lets rid ourselves of all the bad CongRATS once and for all.

I would like to suggest to start by adding a new subject banner to your title page.

List both R and D candidates who will be up for re-election. To me, if a R is rotten, then let’s get them out of office, and likewise if a D is good, perhaps they should be kept.
I know that many on this site have much to report, which is good. But, I feel this is a topic that needs special attention and should be kept seperate from the daily blogs. Further, we need to target those who will be most vulnerable in 2010. Example: No hope Reid. Reid has to go in 2010 period.

I’m from CA and we have some real dodo’s in Congress. Most should be in a rest home….. As I’ve previously stated its not easy to find qualified replacement candidates, but we need to get started.

“WE are the media
WE are the natural born citizens
WE might have to be the military, the fallen heroes…

Tagged 2009, 2010 Elections, Action plan, Citizen Wells bloggers, Congress, Congressmen accountable, October 17, Statesmen not politicians, US House, US Senate, We must all hang together