We watched voter fraud and voter intimidation occur repeatedly during the primaries, caucuses and general election in 2008. The Governor’s race in NJ is close between Jon Corzine and Chris Christie and Obama is making his third campaign visit for Corzine on Monday. No one will be surprised to find out that controversies are already arising about possible voting irregularities.

This year, New Jersey’s registered voters can request a mail-in ballot for any reason. (Before 2005, voters needed to provide a reason for why they needed an absentee ballot.) The state received about 150,000 absentee-ballot applications this year.

In a development that is depressingly predictable, the New Jersey Democratic party is asking the state to provide provisional ballots for all these voters. Those ballots could, presumably, be used to overcome any narrow lead by Republican Chris Christie over Democrat Jon Corzine on Election Day.”
“Could some of these cases be an election official misjudging the natural deviation in two handwriting samples from the same person? Certainly, and that’s why the current system has clerks reaching out to rejected voters (presuming they actually exist) to sort out the discrepancy. But Democrats want to short-circuit the established methods of sorting out the problem, and in fact to ban rejections based on signature mismatches entirely.

Paul P. Josephson, a lawyer representing the New Jersey Democratic State Committee, wrote to Secretary of State Nina Mitchell Wells, asking her to “instruct County Clerks not to deny (vote by mail) applications on the basis of signature comparison alone.””
“The fears of absentee-ballot fraud in New Jersey is not theoretical or far-fetched. Earlier this year, Atlantic City councilman Marty Small and 13 people who worked on his unsuccessful mayoral campaign “were indicted on charges they conspired to commit election fraud during the June Democratic primary through a variety of schemes involving messenger absentee ballots, state Attorney General Anne Milgram announced in Trenton.” One of those workers has already pled guilty. Five workers were indicted on similar charges in Essex County in August.

Suspicious minds see the letter as an attempt to create a pool of emergency votes to be used if Christie holds a small lead on Election Night. The Secretary of State has not yet responded to the Democrats’ request.”

Thanks to commenter Nancy for the lead.

On Monday, Barack Obama will make his third visit to New Jersey to campaign for Governor Jon Corsine, former chairman of Goldman Sachs. Obama and Corzine have a lot in common. They both are tied to corruption figures and to Goldman Sachs.

Yesterday, October 29, 2009, from Citizen Wells
“It is only fitting that Barack Obama campaign for New Jersey Governor Jon Corzine. They have so much in common. Especially when it comes to connections to crime and corruption and wasting taxpayer’s money on their own agenda.” 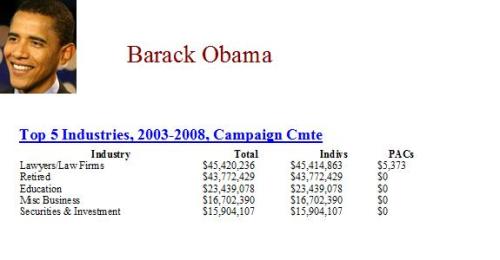