“According to Strzok’s notes, it appears that Vice President Biden personally raised the idea of the Logan Act. That became an admitted pretext to investigate General Flynn,”…Attorney Sidney Powell

Peter Strzok’s January 2017 notes, presented in discovery recently, were made public in court on Wednesday, June 24, 2020.

From John Solomon at Just The News.

The belated discovery of disgraced FBI agent Peter Strzok’s January 2017 notes raises troubling new questions about whether President Obama and Vice President Joe Biden were coordinating efforts during their final days in office to investigate Trump national security adviser Michael Flynn — even as the FBI wanted to shut down the case.

Investigators will need to secure testimony from Strzok, fired two years ago from the FBI, to be certain of the exact meaning and intent of his one paragraph of notes, which were made public in court on Wednesday.

But they appear to illuminate an extraordinary high-level effort by outgoing Obama-era officials during the first weekend of January to find a way to sustain a counterintelligence investigation of Flynn in the absence of any evidence of wrongdoing.

The Justice Department says the notes were written between Jan. 3-5, 2017, the very weekend the FBI agent who had investigated Flynn’s ties to Russia for five months recommended the case be closed because there was “no derogatory” evidence that he committed a crime or posed a counterintelligence threat. FBI supervisors overruled the agent’s recommendation.”

“Sidney Powell, Flynn’s lawyer, laid out the potential ramifications of the notes in a court filing on Wednesday, calling the new evidence “stunning and exculpatory.”

“According to Strzok’s notes, it appears that Vice President Biden personally raised the idea of the Logan Act. That became an admitted pretext to investigate General Flynn,” she added.” 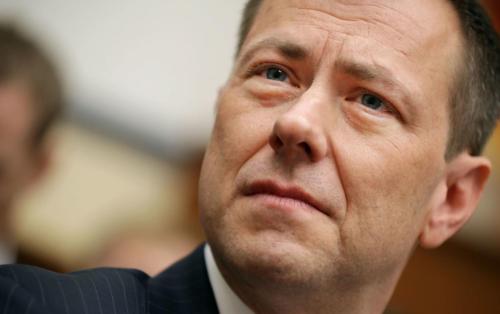