ABC15 Phoenix AZ fake news bias or more?, History of lies about 2020 election why?, McCain legacy or Democrat ties?, Partnered with Maricopa Board of Supervisors

ABC15 Phoenix AZ fake news bias or more?, History of lies about 2020 election why?, McCain legacy or Democrat ties?, Partnered with Maricopa Board of Supervisors

“If I had my choice I would kill every reporter in the world but I am sure we would be getting reports from hell before breakfast.”… William Tecumseh Sherman

ABC15 in Phoenix, Arizona reveals their bias in the following video.

Status quo, par for the course.

At the end they stated:

“As for that audit, what actually comes from it – likely not much, but it is important to know that state law actually prevents the county from handing over any actual ballots.”

Are they in the pocket of the Democrat Party or is this part of the legacy of traitor John McCain?

ABC15 has a history of lies and protecting the Arizona elections officials.

“In fact, the hand count audit of approximately 47,000 votes yielded a 100% match with the machine-tabulated results.”

All ABC15 had to do was what Citizen Wells did. Examine the Arizona Hand Count Audit.

27 percent of counties had discrepancies!

33 percent of counties did not participate!

Maricopa County sampled only .3 percent of the ballots!

“And the truth is, in the past, Sharpies were banned at voting centers because they could bleed through the paper. But in 2020, Maricopa County was using updated machines where Sharpies were actually the preferred pen since they dry so fast. But before election officials could even get ahead of the viral video, it was too late. Hobbs was suddenly on the defense.

This controversy is just one example of how fast misinformation can spread online. In this social media age, more and more people get their news from internet sources that aren’t fact-based — not understanding how to tell fact from fiction.”

“RECOMMENDATION
Based on the foregoing observations and my examination of the Democracy 5.5 System, its accompanying literature and the presentation made by Dominion officials both in its literature and at the examination, I cannot recommend that the Democracy 5.5 System be certified as compliant with the requirements of the TEXAS ELECTION CODE and the TEXAS ADMINISTRATIVE
CODE. My opinion could potentially change of corrections to the identified problems (in my report and other reports) are properly corrected and presented to the Secretary’s office. ”

“In a follow-up, the vendor stated that only black Sharpie markers should be used for marking the ballots; however, when the black sharpie was used during testing, it did, on a few occasions, bleed through to the back side of the two-sided ballot in such a way that it could confuse the ballot scanner or kick the ballot out. “

It is almost like ABC15 is on the payroll of Katie Hobbs. 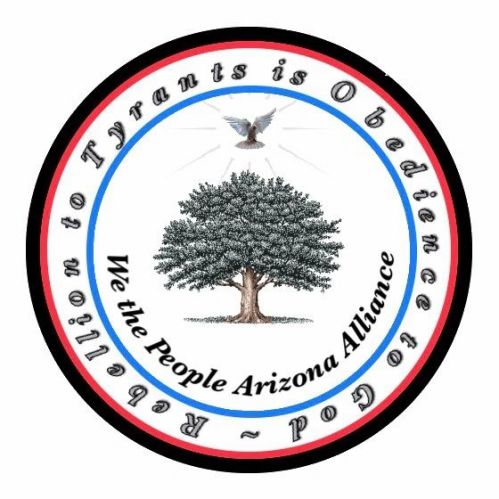 8 responses to “ABC15 Phoenix AZ fake news bias or more?, History of lies about 2020 election why?, McCain legacy or Democrat ties?, Partnered with Maricopa Board of Supervisors”