From the Gateway Pundit article below:

“Will A Small County In Northern Michigan Be The Key To Overturning The Nation’s Election Results? America Should Find Out On Monday”

“The following is a summary of major events leading up to, during and after the 2020 Election involving concerns and documented fraud tied to Dominion Voting Systems in multiple states.

“Trump’s not gonna win. I made f*cking sure of that!”

That has to be taken seriously!

Texas tested Dominion for the third time and reported their rejection in February 2019.

“Texas Attorney General Ken Paxton, said they decided not to go with Dominion software for vote counting in the 2020 election, as they had recognized there were problems with it, and it couldn’t be trusted.”

“Why on earth would we buy less-secure machines that are opposed by the voters, opposed by national security experts, at risk of being decertified right now in New York, are far more expensive than the hand-marked paper ballots, are possibly going to be decertified by the national election authorities within 2-4 years, when we’re spending, taking out a 20-year bond,” Parent said. “You start saying, ‘Why on earth would we buy these things?’

“I have been baffled, absolutely baffled. This is not a partisan issue — you don’t do voting machines on a party-line vote. This is crazy. And so I’m like, what is going on here? I’ve been given absolutely no good reason why we should buy these things. There’s not one good reason. So therefore, it just reeks of corruption — that we’re prioritizing vendors over voters.”

DURING THE ELECTION REAL TIME.

Colonel Phil Waldron and his team of white hat techies were monitoring the election real time and collected data confirming the Dominion Voting Systems equipment was communicating with off shore sites and performing in such a way as to reveal data manipulation.

The following is his presentation in the Michigan hearing from December 1, 2020. He elaborates on what transpired in Antrim County and his revelations contradict the official narrative we were given.

Ware County, Ga has broken the Dominion algorithm: Using sequestered Dominion Equipment, Ware County ran a equal number of Trump votes and Biden votes through the Tabulator and the Tabulator reported a 26% lead for Biden.”

Robb graduated from the University of Georgia with both, his Bachelor of Business Administration in Accounting, 1989, and Master of Taxation, 1990. He began his career in public accounting in 1991 at the national accounting firm KPMG Peat Marwick in Greenville, SC. In 1992, after the death of his dad’s partner, Robb and his wife Lorna journeyed home to Douglas, GA to work with Robert Hurst, Sr., until his retirement in 2004, at Hurst & Hurst CPAs, LLC.

Robb specializes in dealing with the accounting and tax problems of small businesses and their owners. He has extensive experience in the retail, restaurant, construction, healthcare and other professional industries. Other areas in which he exceeds the expertise of most is his in depth knowledge of accounting and auditing procedures and financial reporting requirements for government and nonprofits.”

It is concerning that any test conducted now will be subject to scrubbing or altering of data and equipment.

On November 16, several members of the MI State legislature sent a letter to Michigan’s Democrat Secretary of State Jocelyn Benson requesting that a full, independent audit of the accusations prior to the certification of the vote.  This was after reviewing hundreds of sworn affidavits by GOP and Independent poll challengers and evidence of vote switching by Dominion voting machines in Antrim County, Michigan. The radical Secretary of State, who has a problem with telling the truth, ignored their request.

On November 23, Matthew DePerno of DePerno Law Offices, LLC filed a lawsuit on behalf of Central Lake resident William Bailey, demanding Antrim County allow a forensic investigation of the Dominion voting machines after it was discovered that thousands of ballots cast for President Trump were counted as votes for Joe Biden.”

“At 5:30 PM on Friday, December 4, 13th Circuit Court Judge Kevin A. Elsenheimer granted permission to William Bailey and his team of IT experts to conduct a forensic study of the 16 Dominion voting machines, tabulators, thumb drives, related software, and the Clerk’s “master tabulator.” In his court order, Bailey was also granted the ability to conduct an independent investigation of the images they obtained in their examination. According to DePerno, it would take approximately 6 to 8 hours to obtain the forensic copies, and it made sense to do the work on the weekend when most government employees and residents would not be in the building.”

“Mr. DePerno expects to have the results of the study sometime tomorrow. He explained the forensic images of the thumb drives and the master computer would tell if machines were connected to the internet—and if they were, who were they communicating with? DePerno said the examination would be able to determine the algorithms used by the computer and will provide the number of ballots read through the machine compared to the actual number of paper ballots.”

Citizen Wells has serious concerns about the current Antrim County audit due to the elapsed time after the election and the distrust of Dominion and election officials.

Thank God Colonel Waldron and his team monitored the election real time and did a follow up on site evaluation in Antrim County.”

“In a solidly red county in northern Michigan where Trump banners, flags, and yard signs can be found in almost every front yard, voters woke up to discover Joe Biden had walloped President Trump, only to find out shortly later that Dominion voting machines flipped thousands of votes cast for Trump to his Democratic challenger Joe Biden. The media called it a “glitch” and blamed it on human error.”

“Two more unexplainable vote counts in Antrim County also left voters stunned by the unexplainable outcome of the vote result by Dominion.  In Central Lake’s School Board election, 742 votes were added to the total after a recount on November 6. (First image below)

Dominion’s vote totals showed 663 people voted in a district where there were only 6 eligible voters and only 3 of those 6 actually voted. Somehow, Dominion added 660 additional votes to the final tally.”

“DePerno waited patiently for the results of the forensic examination of the Dominion voting machines to arrive. While he was waiting for the results, Michigan’s radical Attorney General Dana Nessel who won her election after bragging she was the best candidate for the job because she didn’t have a penis, added Michigan’s far-left, dishonest Secretary of State Jocelyn Benson to the lawsuit as a defendant on Wednesday.

On Friday, Constitutional Attorney Matthew DePerno, who is now in possession of the initial preliminary results of the forensic examination of the Dominion voting machine, 16 CV data cards, and 16 thumb drives from the Dominion machines, filed an emergency order asking Judge Kevin Elsenheimer to lift the protective order prohibiting him from sharing the results of the inspection, calling it a matter of “national security.” In his emergency motion, DePerno reminds the judge that time is of the essence, as the deadline for electors to vote for the next President is Monday, December 14, 2020.”

“DePerno asked for the preliminary results of the election to be released to the people of Antrim Co, of the State of MI, of the USA, and to the President and Vice President of the United States, as well as Chad Wolf, Sec. of Homeland Security and DNI John Ratcliff.”

“Later today, Attorney Matthew DePerno received word that 13th Circuit Court Judge Kevin A Elseneheimer would hear his case. Curiously, DePerno, who filed the emergency motion, found out about the hearing when he saw an article published by the far-left Detroit Free Press at 2:13 PM. DePerno then received an email from Antrim County attorney Haider Kazim at 2:50 PM and received notice directly from the Court at 3:02 PM. According to DePerno, the hearing will take place at 8:30 AM EST on Monday.”

You are urged to read more:

The guilty dog barks the loudest.

Michigan Attorney General Dana Nessel should be removed from office and prosecuted! 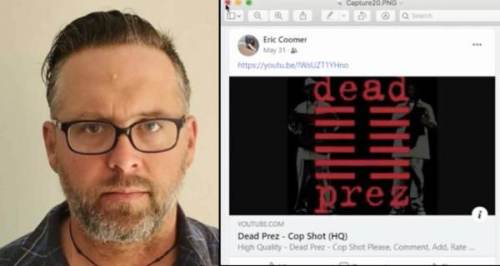