“Inaction would disenfranchise as many voters as taking action allegedly would”...Texas response to defendants motions

“We are calling upon the elections officials to engage the GBI to investigate any and all fraudulent activities, including those which were brought to light during Senate committee hearings on December 3, 2020.”…Georgia Senate Republicans December 8, 2020.

Lin Wood
@LLinWood
I strongly believe my appeal to US Supreme Court has merit & 11/3 GA election was unlawful. My legal rationale tracks subsequently filed Texas petition re: GA. After 43 years of law practice, I know lawyers cannot control judges. We do the best we can & pray they get it right.
Quote Tweet

Lin Wood
@LLinWood
· 16h
I filed this lawsuit on my own since time was of the essence. GA election was unlawful. It diluted our in-person votes & violated equal protection. I do not know if my case will be successful. But the cherished right to vote belongs to each individual member of We The People. twitter.com/llinwood/statu…

MOTION FOR EXPEDITED CONSIDERATION OF
THE PETITION FOR WRIT OF CERTIORARI

“6. The Eleventh Circuit’s decision gave insufficient regard to the
Secretary of State’s unlawful and unconstitutional usurpation of the Georgia
Legislature’s plenary authority to prescribe “[t]he Times, Places, and Manner” for theconduct of presidential and congressional elections. See Art. I, § 4, cl. L Bush v. Palm Beach Cnty. Canvassing Bd., 531 U.S. 70, 77 (2000) (per curiam). That court incorrectly rejected Petitioner’s constitutional challenge to the unlawful election procedure, which diluted his vote and violated his rights to equal protection under the U.S. Constitution.

7. The Eleventh Circuit’s decision affirming the denial of emergency relief
has now sanctioned the Secretary of State’s fundamentally and irredeemably flawed procedures concerning the “manner” for the conduct ofthe presidential and senatorial (federal) elections, in violation of constitutional mandates, which only underscores its error. See Bush v. Gore, 531 U.S. 98 (2000).”

“9. Unless this Court grants expedited consideration and relief, requiring
that the constitutional deficiencies be remedied almost immediately, it will be
impossible to repair the election results tainted by illegally cast ballots before Ignoration Day. Thus, without expedited review, Petitioner’s appellate rights – and this Court’s power to resolve the important constitutional questions presented by this election – will be irrevocably lost. Cf. Chafin v. Chafin, 568 U.S. 165, 178 (2013). In other words, expedited review is, as a practical matter, the only way to protect this Court’s ability to conduct a plenary review of the Eleventh Circuit’s rulings concerning the 2020 Presidential election.1” 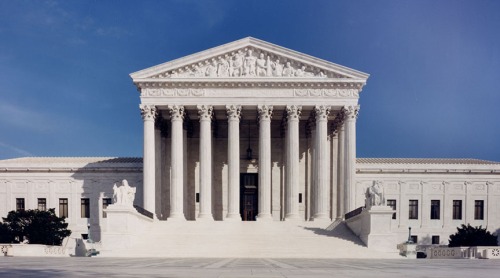 One response to “Wood v Raffensperger Georgia Supreme Court case docketed Dec 11, Motion for expedited consideration of the petition for Writ of Certiorari”