“Robert Mueller, like Andrew McCabe and the rest of the anti-Trump criminal conspirators, consider themselves above the law and on a divine mission to unseat Trump. Mueller’s conflicts of interest, starting with his relationship with James Comey, are well documented.”…Daniel John Sobieski, American Thinker Dec 19, 2017

“McCabe had a role in crafting the “insurance policy” in the event Mr. Trump was elected.  Expect to find Comey a part of that also.”…Attorney Sydney Powell

Comey was appointed by Obama in 2013.

Who made the decision to not indict Comey?

Somebody(s) got some splainin to do!

And the Justice Department watchdog told Congress he would “assess” Republican allegations of inconsistent statements in Mr. Comey’s testimony before the Senate.

Mr. Horowitz’s disclosure that he made the criminal referral marks his first public statement about the criticism lodged against Mr. Comey in a report released last summer. He told lawmakers it is standard practice to make a criminal referral when wrongdoing is suspected.

“We are required by the [Inspector General] Act to send information that we’ve identified that could plausibly be criminal to the Department of Justice,” Mr. Horowitz said.

The Justice Department ultimately decided not to prosecute Mr. Comey despite the conclusion by Mr. Horowitz’s team that he improperly leaked information to the news media. The documents leaked by Mr. Comey were sensitive but not classified.” 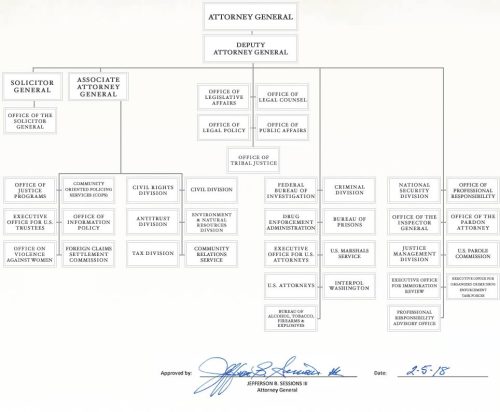 This entry was posted in Attorney General, Attorneys, Barack Obama, Citizen News, Citizens for the truth about Obama, CitizenWells, corruption, FBI, US Department of Justice and tagged 2019?, Barr Attorney General February 14, Inspector General Horowitz referred for prosecution 2019, James Comey not indicted why?, Obama appointed, Who decided no?. Bookmark the permalink.