“These are the times that try men’s souls. The summer soldier and the sunshine patriot will, in this crisis, shrink from the service of their country; but he that stands now, deserves the love and thanks of man and woman. Tyranny, like hell, is not easily conquered; yet we have this consolation with us, that the harder the conflict, the more glorious the triumph.”…Thomas Paine

Some in the military take their oath to defend the Constitution seriously, some do not. 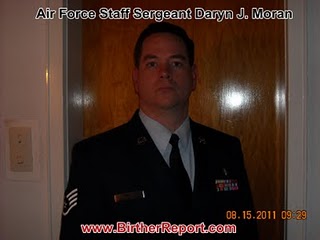 “My name is Daryn J. Moran. I am a SSgt in the USAF stationed in Germany.

I called Pastor Manning of the Manning Report just recently (Youtube video posted below) to share my concern for our country. Boils down that I have not gone in to work last Thurs. and Fri. First time I was AWOL in nearly 13 years. Until B. Obama provides a birth certificate which stands up to professional examination, not even mentioning the seriousness of the fact that his father was never an American, I no longer serve the Armed Forces or take orders.

Basically, I’d rather follow Mr. Lakin, the ex-Army officer who went to Ft. Leavenworth, into war against our real enemies.

My family is in turmoil because I cannot change my heart to support Obama, or protect his criminality. I love America and the Constitution and stand against B. Obama. He should be arrested.

I will not be going to work Monday morning at Landstuhl. They haven’t even called my house yet, but they will come for me soon.

P.S., I don’t want to lose my freedom, but our freedom is already gone. Tell your friends and family I’m calling for Americans to arrest Obama. I can’t see how they won’t throw me in jail for it.

Tomorrow I’m not reporting for work again, and it is simply because B. Obama is a criminal. I am praying and marshalling all of my strength to resist.

Yet, I told my wife I would die for this issue. The Constitution and our country are worth it.

I only hope to tell people of the Lord as this battle ensues.”

“Once again we have an ordinary soldier standing up on his own volition to demand that the Usurper-in-Chief be investigated to determine Obama’s true legal identity in response to the mountain of evidence that Obama has committed birth certificate fraud, SSN fraud, draft registration fraud, and real estate fraud. Obama’s true legal identity is not conclusively known. This should not be necessary. Soldier in the ranks should not have to be demanding our leaders and Congress take action to investigate Obama. This should not be a bottom up action mode but a top down action mode to protect our country and the Constitution from a usurper. The Joint Chiefs of Staff of our military should be taking action. They took a solemn oath to support and defend the Constitution against all enemies foreign and DOMESTIC. It is now obvious that we have a domestic enemy of the Constitution in the Oval Office. The Joint Chiefs should call Congress and arrange for a private, secret meeting with the key leaders in Congress such as Speaker Boehner and tell them that what is going on in our country with the criminal activities in the White House with the placing of a forged Obama birth certificate onto the White House servers on 27 April 2011 is of great concern to them and of great concern for the morale and integrity of our military and their living up to their oath to support and defend the Constitution, not a criminal putative president. The Joint Chiefs of Staff should be telling Congress they must convene a congressional investigation to investigate the criminal charges of identity theft and others being made against Obama. The Joint Chiefs should give Congress 7-10 days to call for a congressional investigation of Obama as a result of the private, secret meeting. And if the Congress still does not act, then the Joint Chiefs of Staff should hold a public news conference and reveal that they have made a plea to Congress to act, and that Congress is still not acting, and make a new public demand on Congress to call for a congressional investigation of Obama and to ask for the support of the American people to demand that Congress launch a full investigation.” 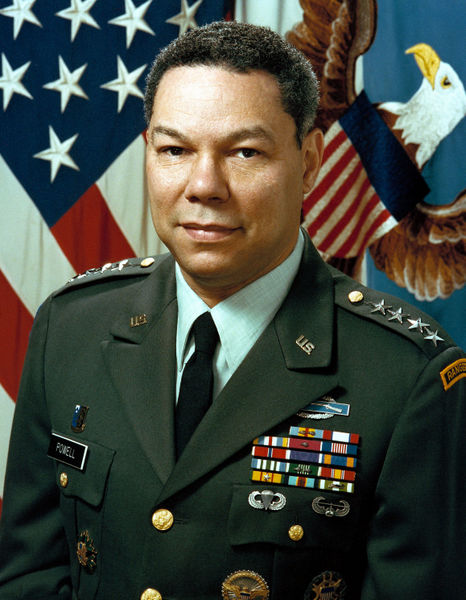 “I, [name], do solemnly swear (or affirm) that I will support and
defend the Constitution of the United States against all enemies,
foreign and domestic; that I will bear true faith and allegiance to
the same; that I take this obligation freely, without any mental
reservation or purpose of evasion; and that I will well and faithfully
discharge the duties of the office on which I am about to enter.
So help me God.”…US Military officer’s oath of office

The oath states “I will support and defend the Constitution” not the occupant of the White House.

On August 8, 2011, the Birther Summit issued a challenge to General Powell  based on the following:

“It was reported in May of this year that you told South Carolina State University’s 400 graduates that you particularly enjoyed a recent event: “. . . when President Obama took out his birth certificate and blew away Donald Trump and all the birthers!””

Despite the fact that you have been informed that the image placed on WhiteHouse.gov was fraudulent, you have failed to respond to the challenge. I have no other recourse than to call you a traitor and coward. I will say this to your face unless you respond according to your oath.