Brad Raffensperger is a corrupt liar.

Is he just ass covering or is there a bigger agenda.

The following explains a lot:

Virtually impossible these were all normal voter mistakes.

“THE ONLY BALLOTS THAT ARE ADJUDICATED ARE IF WE HAVE A BALLOT IN WHICH THERE IS SOME QUESTION AS TO HOW THE COMPUTER READS IT. SO THE VOTE REVIEW PANEL THEN DETERMINES VOTER INTENT.”

“An election supervisor in Georgia, Misty Martin, demonstrated how Dominion Voting Systems allows votes to be changed manually, a process known as “adjudication”. The system can adjudicate all scanned ballots, even blank ones, without leaving a trace. The ballots adjudication started weeks before election. This means ballots were opened before Election Day, allegedly in violation to the state’s law. Coffee County in Georgia has refused to certify its election results, citing issues with the Dominion software.”

What is Brad Raffensperger up to? 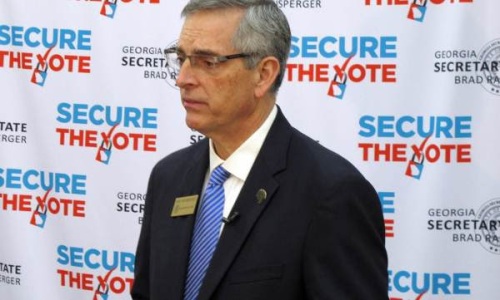