Tell a big lie and keep repeating it and blame the Republicans for all of the bad deeds committed by Democrats.

Such it is with the Trump Rally and the misreporting of what took place.

So it is with the biased corrupt Greensboro News Record.

I delivered and collected for that disgusting Orwellian mouthpiece.

Not all of the corruption and lies come from Democrats.

RINO Richard Burr, who thank God is not running again, is just as misinformed and corrupt as the Democrats.

The March was initiated to stop the rampant steal of the election by Democrats assisted by the fake news media.

The Media has consistently lied about Trump including the fake Russian collusion narrative.

They also kept the Hunter and Joe Biden story hidden.

And recently they suppressed the widespread well documented voter fraud and election irregularities.

This rally never would have happened if the media had reported the truth.

And yes, it has been proven beyond a shadow of a doubt that ANTIFA was present and caused most of the mayhem and destruction.

Another arm of the Democrat Party.

From the Greensboro New Record Opinion January 8, 2021 (if you can stomach it)

“An Insurrection in Washington

Whatever good anyone may perceive him accomplishing, President Trump is now likely to be remembered best for inspiring the violent siege at the U.S. Capitol on Jan. 6.

The siege, performed by insurrectionists who hoped to somehow overturn the 2020 presidential election, resulted in the death of one, possibly contributed to the death of three others, and led to the lockdown and evacuation of congressional members and their staff.

It’s difficult to emphasize just how serious this attack is — to democracy, to American government, to America itself. And it’s sick, frankly, that it was performed by and inspired by people who portray themselves as patriots — especially with the encouragement, pleasure and praise of the outgoing president of the United States.

We agree with our own Sen. Richard Burr, who said in a statement, “The president bears responsibility for today’s events by promoting the unfounded conspiracy theories that have led to this point. It is past time to accept the will of American voters and to allow our nation to move forward.””

“So the white supremacist fight club Proud Boys and similar groups that often indulge in violent rhetoric; train with militias and brandish weapons; gather in D.C. after hearing Donald Trump Jr. tell members of Congress who weren’t going to vote to overturn the election, “We’re coming for you,” dressed for trouble; attend a rally in which Trump lawyer Rudy Giuliani calls for “trial by combat”; follow Trump’s order to march to the Capitol; scuffle with police and break through windows and locked doors — but we’re supposed to think that antifa was behind the violence. Right.

Shifting the blame to innocent scapegoats has historical precedent of which we should all be aware.”
https://greensboro.com/opinion/editorial/our-opinion-an-insurrection-in-washington/article_cdd5076c-510f-11eb-9c74-2b9e8378d108.html
I have told friends for years that I intend to piss on the metaphorical grave of the News Record when it goes under.

I hope to expedite their demise.

This is the official notification of efforts to end the evil reign of this Orwellian organization and replace it with one that holds to a standard of truth.

Get everyone you know to spread the word and cancel their subscription.

If you live somewhere else, I urge you to do likewise with your local counterpart. 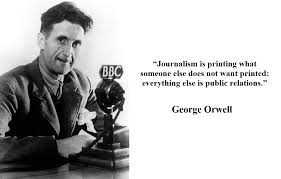