” This must be about stopping Trump”…Gabriel Sterling

“The lady doth protest too much, methinks.”…Shakespeare

It is illegal to scan and process ballots without observers.

Gabriel Sterling just admitted that ballots were scanned without observers at the  Georgia Secretary of State press conference that just happened.

He is responsible for the election proceedings and is complicit in the coverup.

He should be arrested.

He is a liar and apparently a criminal.

Citizen Wells has been reporting the irregularities and apparent fraud in Georgia for weeks.

However, this morning it was discovered what Gabriel Sterling’s true motivation is.

Gabriel Sterling anti Trumper exposed in Tweets, 2016: ” This must be about stopping Trump”, #NeverTrump, Blames everyone but himself & Dominion

Mr. Sterling has had a credibility issue from day one and that has gotten worse.

Now we have evidence that he is an anti Trumper.

Gabriel Sterling is a very unhinged and corrupt top elections officials in Georgia.

On Thursday when video was produced showing far left criminals dragging out hidden “suitcases” of ballots to count in the State Farm Center after they removed all GOP observers Sterling tried to claim this was standard operating procedure.”

“What is he hiding?

AND NOW THERE IS PROOF THAT STERLING HAD IT OUT FOR TRUMP.
WE KNOW THIS BECAUSE HE TWEETED ABOUT IT. 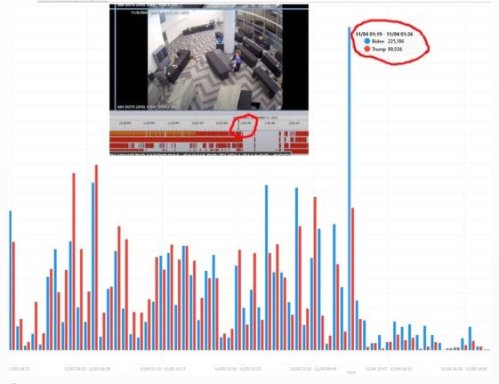