“CIA Director John Brennan appears to have tried and failed to take out Donald Trump. It is his Agency that spread the lie that Russia made it possible for Trump to win the Presidency. This was not the idle opinion of some underling. Someone was given permission to tell elected Legislators a lie. A bald faced lie. Brennan, and no one else, bears ultimate responsibility for this lie.”…former CIA and State Department employee Larry Johnson December 14, 2016

“It’s a Brennan operation. It was an American disinformation, and the fucking President, at one point when they even started telling the press — they were back[ground]-briefing the press, the head of the NSA was going and telling the press”…Seymour Hersh

Captain Joseph R. John USN(ret), is as solid as they come with impeccable credentials.

Screened for terrorists and/or violators of federal law

Task Force Reported to Assistant Secretary of the Army 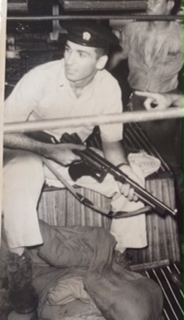 “After Brennan was appointed by Obama, he recruited CIA Officers who were Politically Correct, and his promotions within the CIA elevated Politically Correct CIA Officers, that would be acceptable to Obama, to new positions of leadership within the CIA; they are still there.  One of Brennan’s CIA employees, who worked with Vice President Biden on the Ukraine desk in the Obama White House, filed the bogus and untruthful hearsay Whistleblower complaint about President Trump’s conversation with the President of Ukraine—he or she said they didn’t like the tone of the conversation, when they never even heard the conversation.

Brennan led the fake Russia collusion allegation against President Trump, taking his direction from Obama, and is now one of the leaders of the continued treasonous coup attempt to bring down the first President of the United States in history; this time using another fake allegation about a Ukrainian phone call.  The Whistleblower (actually the leaker) who filed the complaint with hearsay information has disappeared.   McRaven has thrown his lot in with conspirators Brennan, Clapper, Comey, McCabe, Strzok, Soros, Perez, Schiff, Nadler, Pelosi, and Schumer to initiate a Coup d’ Etat.  The left of center liberal media establishment is supporting the coup in their daily call for the impeachment based on false allegations. ”