“Replying to this last point, the prosecution pointed out that a Grand Jury against Assange had been established by Obama and there was no indication the investigation had been closed. Feldstein agreed, the “Obama administration was very eager to file charges against Assange and they conducted a very aggressive investigation.” All of which speaks for the point that Assange is being sought for political reasons—motivations which are common to the whole American ruling class. It was current Democratic Party presidential candidate Joe Biden who branded the WikiLeaks publisher and journalist a “high-tech terrorist.””…Laura Tiernan and Thomas Scripps, Sept 9, 2020

“6:35 am EDT: Court is in session.  Prof. Michael Kopelman has been sworn in, standing in the actual wooden stand of the court, as the defense’s first witness on Tuesday.  Kopelman is a professor of neuropsychology at King’s College, London. He testifies that Assange is suffering from severe depression with loss sleep, appetite and weight loss. He also found a high risk of suicide “if extradition appears imminent.”  Kopelman said Assange has had a history of clinical depression and said his risk of suicide would increase if extradition was imminent.

Consortium News is limiting the detail of testimony about Assange’s mental health conditions after an appeal from Kopelman and defense attorney Edward Fitzgerald to the media to do so.

Of all the efforts of the defense to prevent Assange’s extradition, this testimony might have the greatest effect on the court. Ruling against extradition on medical grounds would it seems bypass the political controversies in this case.

On cross examination Lewis is trying to question Kopleman’s credentials, saying he was not a forsenic psychiatrist, who work in prisons. Kopelman retorted that he had spent time in many prisons and that even Lewis had once urgently called upon him for his expert testimony in an extradition case. That brought laughter in the courtroom, even from Judge Baraitser.”

“That is what has brought you here. You are here because you have failed in humility, in self-discipline. You would not make the act of submission which is the price of sanity. You preferred to be a lunatic, a minority of one. Only the disciplined mind can see reality, Winston. You believe that reality is something objective, external, existing in its own right. You also believe that the nature of reality is self-evident. When you delude yourself into thinking that you see something, you assume that everyone else sees the same thing as you. But I tell you, Winston, that reality is not external. Reality exists in the human mind, and nowhere else. Not in the individual mind, which can make mistakes, and in any case soon perishes: only in the mind of the Party, which is collective and immortal. Whatever the Party holds to be the truth, is truth. It is impossible to see reality except by looking through the eyes of the Party. That is the fact that you have got to relearn, Winston. It needs an act of self-destruction, an effort of the will. You must humble yourself before you can become sane.”…George Orwell, 1984 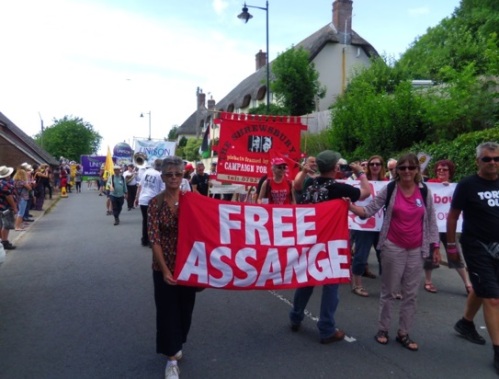