“According to Strzok’s notes, it appears that Vice President Biden personally raised the idea of the Logan Act. That became an admitted pretext to investigate General Flynn,” ...Attorney Sidney Powell

“I discovered a pattern of corruption that the Washington press covered up for years! I’m also going to bring out a massive pay-for-play scheme under the Obama Administration that will devastate the Democrat Party. Do you honestly think I’m intimidated?”…Rudy Giuliani

Joe Biden brags about his record as Vice President working with Obama.

From Citizen Wells and apparently somewhat scrubbed by the FEC, May 25, 2012.

RESPONDENTS: Biden for President, Inc.; and Melvyn Monzack, in his official capacity as treasurer
COMPLAINANT: FEC-Initiated
SUBJECT: In the normal course of carrying out its supervisory responsibilities, the Commission found that Biden for President, Inc. (the Committee) and Monzack, in his official capacity as treasurer, did not retain adequate records to document the notification of contributors of the Committee’s presumptive redesignation of $1,092,899 in excessive contributions. Biden was a 2008 primary candidate for president.

DISPOSITION: The Commission entered into a conciliation agreement whereby Biden for President, Inc. and Monzack, in his official capacity as treasurer, agreed to pay a civil penalty of $50,000.””

The FEC link to the memo

This site can’t be reached

eqs.nictusa.com’s server IP address could not be found.

However, it was located on the WayBack Machine.

“This matter was initiated by the Federal Election Commission (“Commission*’), pursuantHI12 to infonnation ascertained in the normal course of carrying out its supervisory responsibilities.13 The Commission found reason to believe that Biden for President, Inc. and Melvyn Monzack, in^ 14 his official capacity as Treasurer (collectively “Respondents”), violated 11 C.F.R.® 15 §ll.0.1(l)(4)(ii). ”

“The Federal Election Commission has penalized Vice President Joe Biden’s 2008 presidential campaign $219,000 for accepting over-the-limit contributions and a discounted flight on a jet owned by a New York hedge fund. His campaign was also charged with sloppy record-keeping.”

“The fund run by Hall, a major Democratic donor who has contributed more than $180,000 to Democratic candidates and causes since 1999 (including $19,000 to Biden’s various committees), has been implicated — but not charged — by Attorney General Andrew Cuomo in a New York state pension fund kickback investigation into a joint venture that paid the Clinton Group $750 million in state funds.

The FEC audit also found that Biden’s campaign failed to quickly return or otherwise rectify at least $106,000 in contributions beyond the $2,300 maximum donation for individuals during the 2008 election cycle. That was based on an analysis of a sample of contributions, FEC auditors wrote, projecting that the actual total of excessive contributions could exceed $1 million.”

“President Barack Obama’s 2008 campaign has been fined $375,000 by the Federal Election Commission for reporting violations related to a set of donations received during the final days of the campaign.

The fines are among the largest ever levied on a presidential campaign by the FEC and stem from a series of missing notices for nearly 1,200 contributions totaling nearly $1.9 million.” 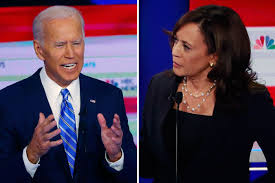 Want more of this?