“Under the separation of powers established by the Constitution, criminal charges are brought by the executive branch and adjudicated by the judiciary. Thus, any actual prosecution of Flynn under federal statutes for perjury would have to be brought by the Department of Justice.”…Attorney Leslie McAdoo Gordon 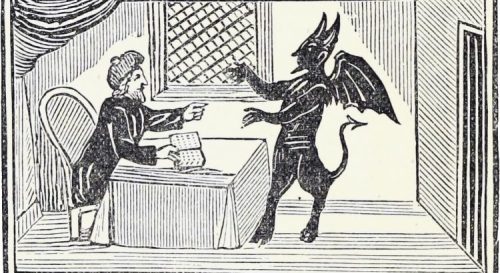 The Deep State is getting desperate.

They have been exposed in the General Michael Flynn persecution and are about to be indicted by the Justice Dept.

Attorney John Gleeson is representing Judge Emmet Sullivan (and God only knows what other devils of the deep state).

“B. This Court Should Punish the Defendant’s Perjury by Factoring It into the
Sentence for the False Statements Offense to Which He Has Pleaded Guilty

As set forth above, there is more than sufficient evidence in the record to support theissuance of an Order to Show Cause why Flynn’s false statements do not constitute criminal contempt. That the Court possesses such authority, however, does not mean that the interests of justice require the Court to wield it. Given the case’s posture, with the defendant having entered a guilty plea and awaiting sentencing, the better course is the course typically taken: to decline to
issue an Order to Show Cause and consider the contemptuous conduct in sentencing on the offense of conviction.

This Court has appropriately indicated that it wishes to treat this defendant and this case like any other. See e.g., ECF No. 94 at 7. In cases like these, involving plea-related perjury, courts typically vindicate the interests of the judicial branch by factoring a defendant’s contemptuous conduct into the sentence imposed on the offense of conviction,70 not by holding the defendant in criminal contempt for perjury.71 There is much to be gained—for the judicial system and for our country—by treating the defendant like any other defendant, and this case
like any other case, to the greatest extent possible.

The Department of Justice has a solemn responsibility to prosecute this case—like every other case—without fear or favor and, to quote the Department’s motto, solely “on behalf of justice.” It has abdicated that responsibility through a gross abuse of prosecutorial power, attempting to provide special treatment to a favored friend and political ally of the President of the United States. It has treated the case like no other, and in doing so has undermined the
public’s confidence in the rule of law. I respectfully suggest that the best response to Flynn’s perjury is not to respond in kind. Ordering a defendant to show cause why he should not be held in contempt based on a perjurious effort to withdraw a guilty plea is not what judges typically do. To help restore confidence in the integrity of the judicial process, the Court should return
regularity to that process. And the Court can best do that by denying the government’s Rule 48(a) motion to dismiss, adjudicating any pending motions, proceeding to sentencing, and factoring the defendant’s contemptuous conduct into the appropriate punishment.”

His entire prosecution persecution was based on lies and executed illegally.

A court issues a show-cause order for contempt as a prelude to possibly punishing a person for alleged misconduct. It describes the misconduct and requires the person to defend against that allegation. It is similar to an indictment except the court, rather than a prosecutor, initiates it. The person receiving a show-cause order must appear and defend the accusation but has certain due process rights, such as the right to notice, the right to counsel, and the right to present a defense.

Sullivan has not yet issued a show-cause order to Flynn, but he has directed Gleeson to advise him as to whether he should do so. The answer is absolutely not, because Sullivan lacks the authority to sanction Flynn for perjury.

Under the separation of powers established by the Constitution, criminal charges are brought by the executive branch and adjudicated by the judiciary. Thus, any actual prosecution of Flynn under federal statutes for perjury would have to be brought by the Department of Justice.”

John Gleeson was appointed as a district judge by Bill Clinton in 1994.

What other “devils'” interests does he represent? 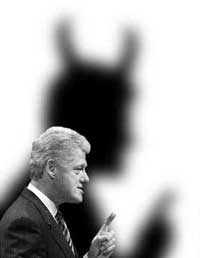