“A resting tremor is an involuntary shaking that can affect parts of or the entire body. Joe Biden has displayed both tremors of the hand and full body tremors. Tremors affect 80% of people with Parkinson’s. Tremors are the most common symptom of Parkinson’s. Tremors fit the TRAP acronym recognized by the medical community”...JoeBidenIsSick.com

“I’ve watched Joe Biden on the campaign trail, and I’m concerned that he does not have the mental capacity, the cognitive ability, to serve as our commander in chief. He routinely gets lost in the middle of a thought and can’t recalibrate.”...former White House physician Dr. Ronny Jackson

‘Not up to the job’: Former White House doctor says Biden lacks ‘mental capacity’ for presidency

When the late Sen. John McCain ran for president in 2008, questions about his health — physical and mental — swirled. Americans were well aware that should McCain die in office, his vice president, former Alaska Gov. Sarah Palin, would’ve become president.

Had he been elected, he would have been 72 years old when he moved into the White House. So Americans may have that same concern with Democratic nominee, Joe Biden, who would be 78 if he wins the election.

Cue former White House physician Dr. Ronny Jackson,  who held the prestigious post from 2013 to 2018, serving both Trump and President Obama. Jackson on Tuesday said Biden “does not have the mental capacity” to be able to handle the presidency and the job of commander in chief.

“He is not up to the job,” Jackson told reporters in a conference call set up by President Trump’s reelection campaign. “I’ve watched Joe Biden on the campaign trail, and I’m concerned that he does not have the mental capacity, the cognitive ability, to serve as our commander in chief. He routinely gets lost in the middle of a thought and can’t recalibrate.”

“I actually don’t even practice medicine at this point,” said Jackson, a retired rear admiral who is now running as a Republican for a House seat in Texas. But he added: “I’m a physician, obviously, so I’ve seen a little bit about how the issues with cognitive ability, how they start.”

“I’m not making a medical assessment,” the doctor said. “I never took care of Vice President Biden. I’m not trying to remotely diagnose him with anything. I’m saying it as a concerned citizen. We can all see … something’s going on here.”

“He is having some extremely bad days,” the doctor said. “This is serious. We’re picking a commander in chief [who] has to be at the top of their game cognitively. And he’s really not.””

Does Joe Biden have Parkinson’s? 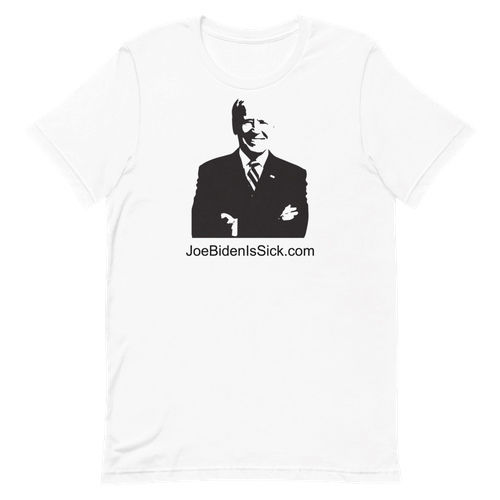 16 responses to “Joe Biden “does not have the mental capacity” for presidency Obama Trump White House physician Dr. Ronny Jackson, Biden have Parkinson’s?”