“Replying to this last point, the prosecution pointed out that a Grand Jury against Assange had been established by Obama and there was no indication the investigation had been closed. Feldstein agreed, the “Obama administration was very eager to file charges against Assange and they conducted a very aggressive investigation.” All of which speaks for the point that Assange is being sought for political reasons—motivations which are common to the whole American ruling class. It was current Democratic Party presidential candidate Joe Biden who branded the WikiLeaks publisher and journalist a “high-tech terrorist.””…Laura Tiernan and Thomas Scripps, Sept 9, 2020

“In the media, Hannity has been one of the loudest voices to warn of the dangers of a “deep state”. On Thursday, he called for Mr Trump to “purge” the executive branch of Obama-era bureaucrats and appointees.”…The Telegraph March 11, 2017

The left, the Democrats, the Deep State. Obama holdovers employing high powered law firms and corrupt judges have done their best to hide and obfuscate the truth surrounding the DNC leaks and possible involvement by Seth Rich.

Many of those asking questions early on such as Fox News and the Washington Times were threatened and subsequently sued or threatened to be.

At least 4 lawsuits are still active involving the Rich Family, Fox News, Ed Butowsky and others.

Many of us question how the Rich Family could afford such expensive law firms.

On March 1, 2018 the Washington Times posted an Analysis/Opinion by Admiral James A. Lyons. It was scrubbed by the Times after a lawsuit was threatened by Aaron Rich. It is presented in entirety from the Wayback Machine.

“With the clearly unethical and most likely criminal behavior of the upper management levels of the Department of Justice (DOJ) and the Federal Bureau of Investigation (FBI) exposed by Chairman Devin Nunes of the House Intelligence Committee, there are two complementary areas that have been conveniently swept under the rug.

The first deals with the murder of the Democratic National Committee (DNC) staffer Seth Rich, and the second deals with the alleged hacking of the DNC server by Russia. Both should be of prime interest to special counsel Robert Mueller, but do not hold your breath.

The facts that we know of in the murder of the DNC staffer, Seth Rich, was that he was gunned down blocks from his home on July 10, 2016. Washington Metro police detectives claim that Mr. Rich was a robbery victim, which is strange since after being shot twice in the back, he was still wearing a $2,000 gold necklace and watch. He still had his wallet, key and phone. Clearly, he was not a victim of robbery.

This has all the earmarks of a targeted hit job. However, strangely no one has been charged with this horrific crime, and what is more intriguing is that no law enforcement agency is even investigating this murder. According to other open sources, Metro police were told by their “higher ups” that if they spoke about the case, they will be immediately terminated. It has been claimed that this order came down from very high up the “food chain,” well beyond the D.C. mayor’s office. Interesting.

One more unexplained twist is that on July 10, 2016, the same day Seth Rich was murdered, an FBI agent’s car was burglarized in the same vicinity. Included in the FBI equipment stolen was a 40 caliber Glock 22. D.C. Metro police issued a press release, declaring that the theft of the FBI agent’s car occurred between 5 and 7 a.m. Two weeks later, the FBI changed the time of the theft to between 12 a.m. and 2 a.m. Was the FBI gun used to shoot Seth Rich? Neither the FBI nor the Metro police will discuss.

Another aspect that needs to be uncovered is the FBI’s “denial” that its cyber experts who share space with the D.C. Metro police department at Cleveland Avenue in the District, assisted in accessing data on Mr. Rich’s laptop. Not likely. Data on the laptop revealed that Mr. Rich downloaded thousands of DNC emails and was in touch with Wikileaks. The file with evidence of what was on Mr. Rich’s laptop sits with the FBI in a co-shared space with the D.C. police department. According to Ed Butowsky, an acquaintance of the family, in his discussions with Joel and Mary Rich, they confirmed that their son transmitted the DNC emails to Wikileaks.

Since then, the DNC hired a “spokesperson,” Brad Burman, a known hatchet man to basically cut off any further communications with Mr. Rich’s parents. Interestingly, it is well known in the intelligence circles that Seth Rich and his brother, Aaron Rich, downloaded the DNC emails and was paid by Wikileaks for that information.

While Wikileaks doesn’t expose sources, Julian Assange gave a clear clue during an Aug. 9, 2016 interview on Dutch television when he implied that Mr. Rich was killed because he was the Wikileaks source of the DNC emails. Mr. Assange offered a $20,000 reward leading to the arrest of Mr. Rich’s killers. Also, why hasn’t Aaron Rich been interviewed, and where is he?

However, with the Obama holdovers in key positions, it is not surprising that no one from the Trump administration would meet with the congressman or Mr. Assange. New Zealand tech expert Kim DotCom said he has proof that both he and Seth Rich were involved in passing the emails to Wikileaks, but he has been ignored as well.

The FBI opened an investigation into the theft of the DNC emails in July 2016. However, the FBI has not inspected the DNC server because the DNC won’t give permission. Is the FBI an extension of the DNC? That’s why we have subpoenas. Instead, the FBI relied on an assessment by a cyber security firm, Crowd Strike, hired by the Hillary Clinton campaign and DNC’s law firm Perkins Coie as proof that Russia was the hacker. Incompetence is an understatement. Corruption at the highest levels of the DOJ/FBI is clear.

The Trump administration must take charge and get a competent attorney general to pursue these crimes.”

The Washington Times published an op-ed column titled, “More cover-up questions: The curious murder of Seth Rich poses questions that just won’t stay under the official rug,” by Adm. James Lyons (Ret.) (the “Column”), on March 1 online and on March 2 in its paper editions. The Column included statements about Aaron Rich, the brother of former Democratic National Committee staffer Seth Rich, that we now believe to be false.

One such statement was that: “Interestingly, it is well known in the intelligence circles that Seth Rich and his brother, Aaron Rich, downloaded the DNC emails and was paid by Wikileaks for that information.” The Washington Times now does not have any basis to believe any part of that statement to be true, and The Washington Times retracts it in its entirety.

One of the usual left supporting sites Wikipedia, provided the following:

“On March 1, 2018, the Washington Times published an article by Lyons prompting a conspiracy theory around the death of Democratic Party staffer Seth Rich. The article falsely claimed it was “well known in the intelligence circles” that Rich and his brother were paid by WikiLeaks for the DNC emails, which the leaks site published online, causing chaos in the Democratic party during the 2016 election.[4] The family sued, and the article was retracted with an apology.”

No one at Wikipedia was qualified to state the following:

A more honest reporting would be to state that the claim was as yet uncorroborated.

Admiral James A. Lyons, however, is imminently qualified to speak about intelligence matters.

From one of his obituaries:

“Born in New Jersey to James A. and Marion F. Lyons, he entered the United States Naval Academy in June 1948 from the Naval Reserve and graduated with the Class of 1952. He served as a Surface Warfare Officer until his retirement as a four-star admiral and Commander-in-Chief of the U.S. Pacific Fleet on Oct. 1, 1987.

His early years of naval service were with surface combatants where he developed an extraordinary understanding of naval warfare that carried him through a brilliant career. It was also when he met and married Renee Wilcox Chevalier of Washington, D.C., in 1954. She was the love of his life for 64 years.

His early sea assignments included the Sixth Fleet flagship USS Salem (CA 139) and USS Miller (DD 535). Later sea assignments included command of the destroyer USS Charles S. Sperry (DD 967) and guided missile cruiser USS Richmond K. Turner (DLG 20). Intermixed were staff assignments in the Pentagon with the Chief of Naval Operations and the Joint Chiefs of Staff, which played a major role in developing the outstanding strategic knowledge that characterized his Navy career. A principal advisor on significant Joint Chiefs of Staff matters, he was key in the development of the Navy Red Cell, an anti-terrorism group comprised of Navy Seals established in response to the 1983 bombing of the Marine Corps barracks in Beirut. He was a graduate of both the Naval War College and the National War College and his shore assignments included wide and significant experience in strategic planning and national security affairs.

In July 1981, upon being promoted to the grade of vice admiral, he took command of the U.S. Second Fleet, where he directed and conducted maritime operations throughout the Atlantic. Admiral Lyons showed his bold, aggressive naval strategies during the Cold War with the Soviet Union without firing a shot. He assumed command of the U.S. Pacific Fleet in September 1985, upon his promotion to admiral. It was during this time that he led three Pacific Fleet ships on the first U.S. Navy ship visit to the People’s Republic of China in 37 years. Also during this tour, he sent the hospital ship USNS Mercy (T-AH-19), a converted oil tanker, on her inaugural mission to provide humanitarian aide to the Philippines and the South Pacific. He continued his active involvement in Project Hope and other humanitarian organization in the United States and overseas after retirement from the Navy.

In August 1987, Admiral Lyons retired from the Navy after 36 years of service and began an equally impressive career as President/CEO of LION Associates LLC, a premier global consulting company providing National Security advice. He was Chairman of the Center for Security Policy’s Military Committee and the senior member of the Citizens Commission on Benghazi. He served on the Advisory Board to the Director of the Defense Intelligence Agency and was a consultant to Lawrence Livermore National Laboratory on issues of counterterrorism. He recently received an IMPACT Award, which honors unsung Leaders Defending Liberty and specifically his profound impact on this country’s liberty and freedom. His actions were driven by a profound desire to do what was right for our country and civilization.”

So why did the Washington Times and others, throw the baby out with the bath water? 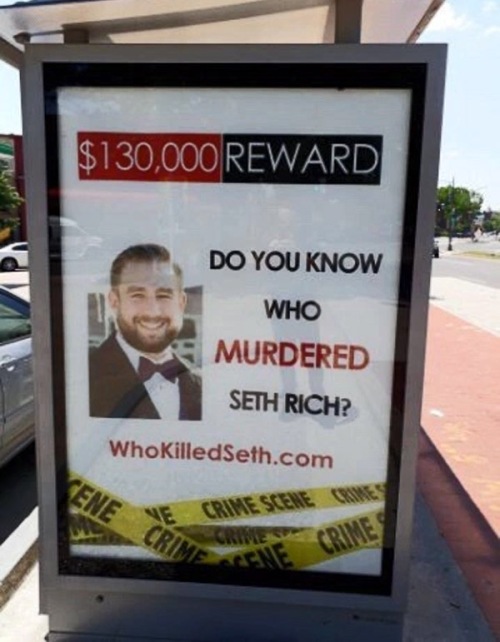